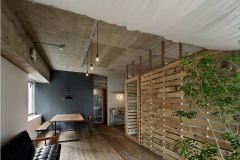 The project is an interior renovation design of a single apartment room which building  was constructed in 25 years ago. The room composition is a living, a kitchen, two rooms and utilities in an exclusive area of 50 square meters. The design was aimed to consider the time of the history and the character of the building, and to continue  the values to its future, rather than covering the old building with new materials as a new residence. The walls and ceiling has been insulated only with necessary parts, and the existing concrete structure has been represented as much as possible. The partition between the living and the bed rooms becomes a louver wall with the old material of Nara. Another room was partitioned with a piece of large cloth, which produce a place like an edge of the window as a tent by lifting the ceiling when you open the room. Configuration of each rooms creates a spatial relationship while dividing them by louver wall and a cloth, which is not to partition into small rooms. It is aimed to be a pleasant living room to let air flow through, and with numbers of light performs into the room, such as a light reaches from the next room through the wall and light from illumination. A new way of residence has been considered that generated by sharing the light and wind among rooms while dividing purpose of them, which is different from the conventional “LDK”residence where independent rooms gather. 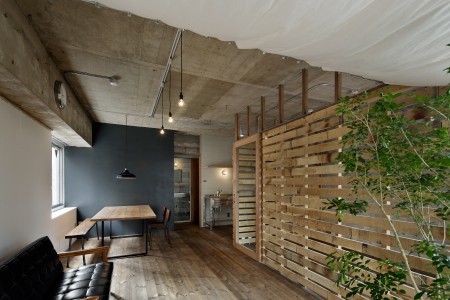 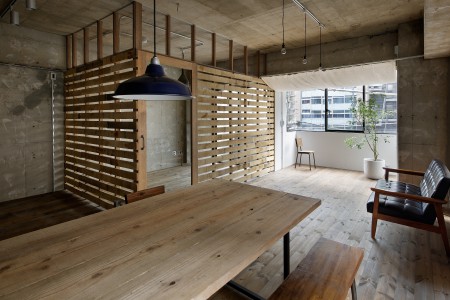 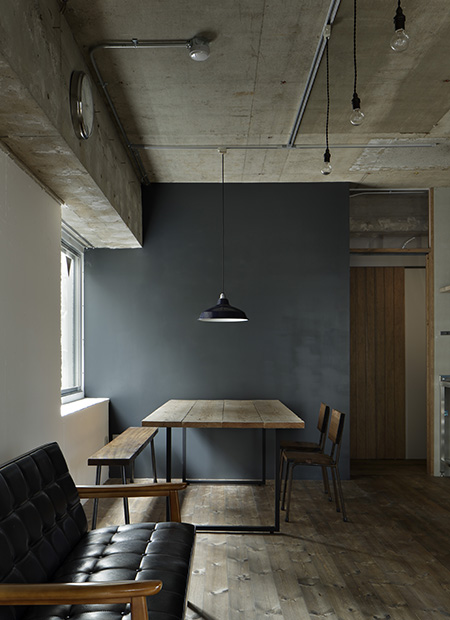 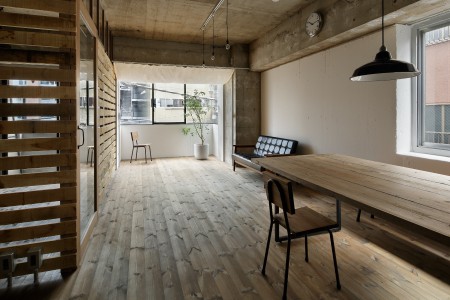 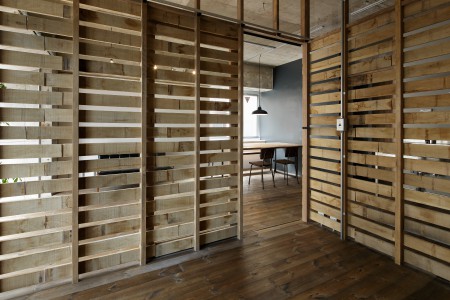 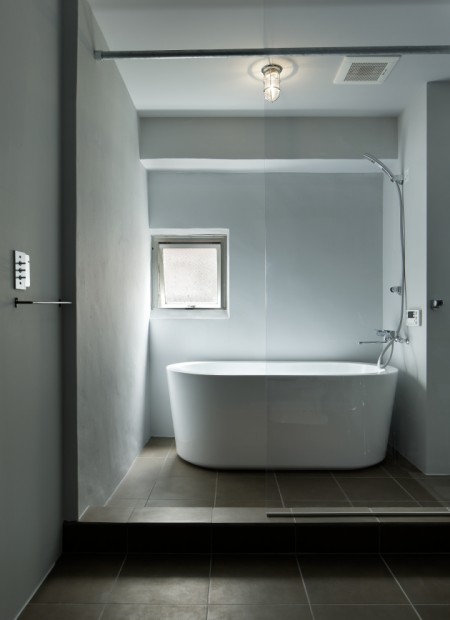 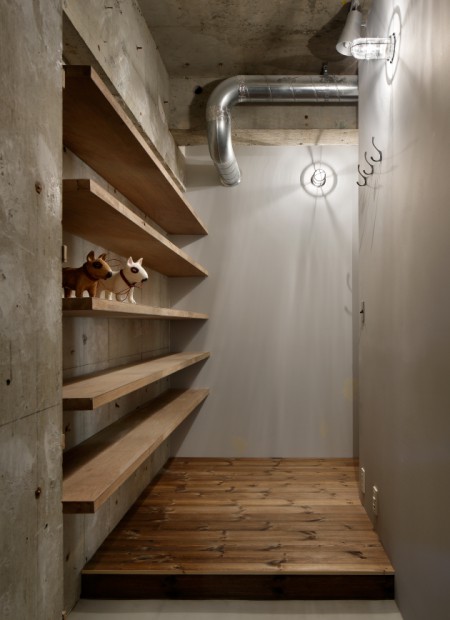 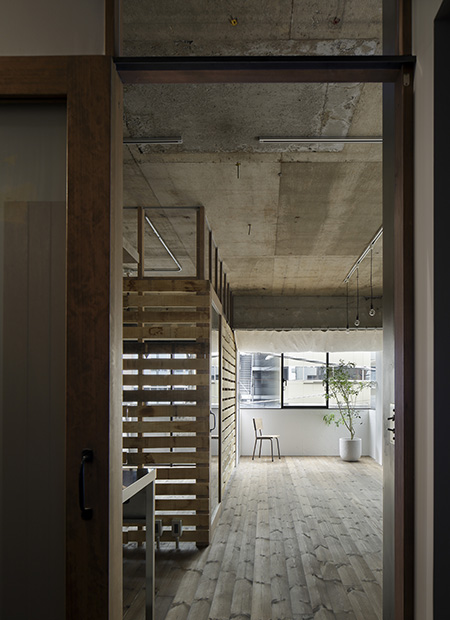